Posted by thequillguy | Dec 1, 2011 | Argumentative and Persuasive Writing, For School, How to Teach Debate, Practical Teaching, Speaking, Speaking in Class | 0 |

I have looked at the theme park assessments. What impresses me most is how the letters have been written. In the best instances, the students have been able to employ not only sustained paragraphs but an effective writing tone.

The most persuasive group for me had the highest standard of work sustained. They also put in extra work in during their own time, and this was evident. The class was impressed most by one of the latter groups.

– the video, but moreso for how it was integrated in the presentation. Too often videos are put into presentations without though; this one was integrated.
– the roleplaying at the beginning of several presentations.
– several students who showed mature self-awareness for realising that they need to compromise.
– one student who considered the nature of procrastination (i.e. making herself ‘bothered’ to do something.)
– making sacrifices so they could do their best.
– coping with absence.

I loathe to give a formal mark for the assessment, not least because what was learned moves beyond that (and I have grades enough from assessments this term.) However, I think that to show all the work completed by the students in a graded format would be suitable. 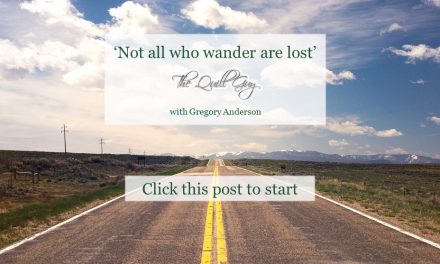