One idea to make abstract links, and to avoid literary devices, in the ‘Of Mice and Men’ Controlled Assessment

For all my Year 11 students, if you access the school website, and click on home access, log into Teacher’s Work Files using your generic log-in code, then (under English) there is a PowerPoint with examples of how CB has created his plan.

Notice how he has devised his 15 points on the theme of loneliness and isolation to be distinct points of human interest (something that could perhaps be termed as wisdom, perhaps?) Such points exist independently of his reading of Of Mice and Men, but how they connect with each other – and how they find specific meaning – is influenced by the novel.

For example, one of the points he intends to make is that loneliness only becomes reality for George when he is willing to kill Lennie (and thus embrace loneliness) rather than allow Lennie to suffer the risks of imprisonment or worse. He links this to the idea, though, that the threat of loneliness drives many of the actions of the novel, for good or for bad. For example, the outlandish (“Green rabbits”?) dream enables George and Lennie to aspire to improve themselves, and therefore allows George to excuse Lennie’s past misdemenours. However, Curley’s Wife’s dream of being a ‘star’ had led her to a dangerously unfulfilled marriage, and an isolation that eventually leads to her death.

The kind of points you want to avoid as the main points of your argument are those that relate to the literary functions: for example, how Steinbeck constructs the physiques of characters, or how the environment of the bunkhouse infers a sense of loneliness.  These are worth points in the sense that they would form part of your analysis, but they aren’t points about loneliness in themselves. They are points about how Steinbeck makes wider points of human interest.

The point of this plan is to see who is capable of sustaining a focussed argument. And the plan is half the battle. 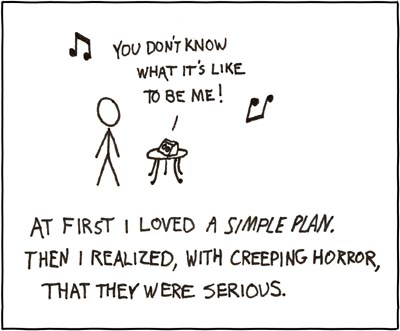